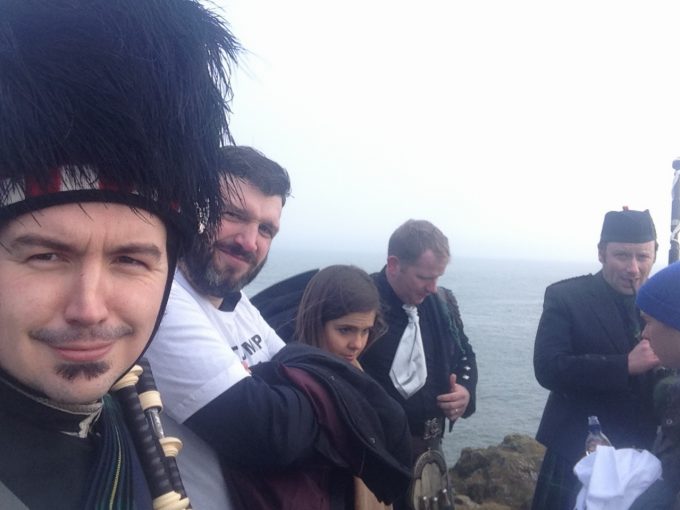 Here is a story about my first experience of being on American TV.

But first, a disclaimer:

My participation in this show was first and foremost a matter of it being paid work, and then because it was a unique experience. I have no particular political agenda.

I usually try and remain politically neutral, particularly in my music. Of course we will all disagree with some political leaders and their approach, but at the end of the day, we must accept that a democratically elected individual is in office by virtue of due democratic process, and let them prove themselves before jumping to conclusions.

That said, I vehemently disagree with Mr Trump’s viewpoint on minority groups and his treatment of women are wholly inappropriate. In the case of Mr Trump’s business interests in Scotland, it takes two to tango; the Scottish Government at the time were more than happy to indulge him, so vilifying him as an invading parasite as this clip has done isn’t especially fair.

And now the story of how I was on a segment of Full Frontal with Sam Bee titled “The Original Trump Haters”.

In case it’s not obvious, Full Frontal with Sam Bee is a political satire show, and Mr Trump seems to be especially disliked by the team.

In truth, saying “I was on the show” makes me sound far more involved than I actually was. I appear for around 2 seconds of the 10 minute segment, and it’s a blink and you’ll miss moment. I’m not exactly giving my scathing political wit.

I was contacted by Julie, one of the producers, a few days before the shoot and was given a brief about the show. It sounded like fun so I agreed. Thinking I would be one of a couple of pipers, I thought this would be a great thing to put on the resume.

A few days later, I found myself roping in some of my friends as extras, as the producers hadn’t had much luck in securing others. As another piper seemed elusive, I also roped in my brother, who’s not a piper, and he appears as “the other piper” in the shoot, though he’s only pretending to play my old pipes. 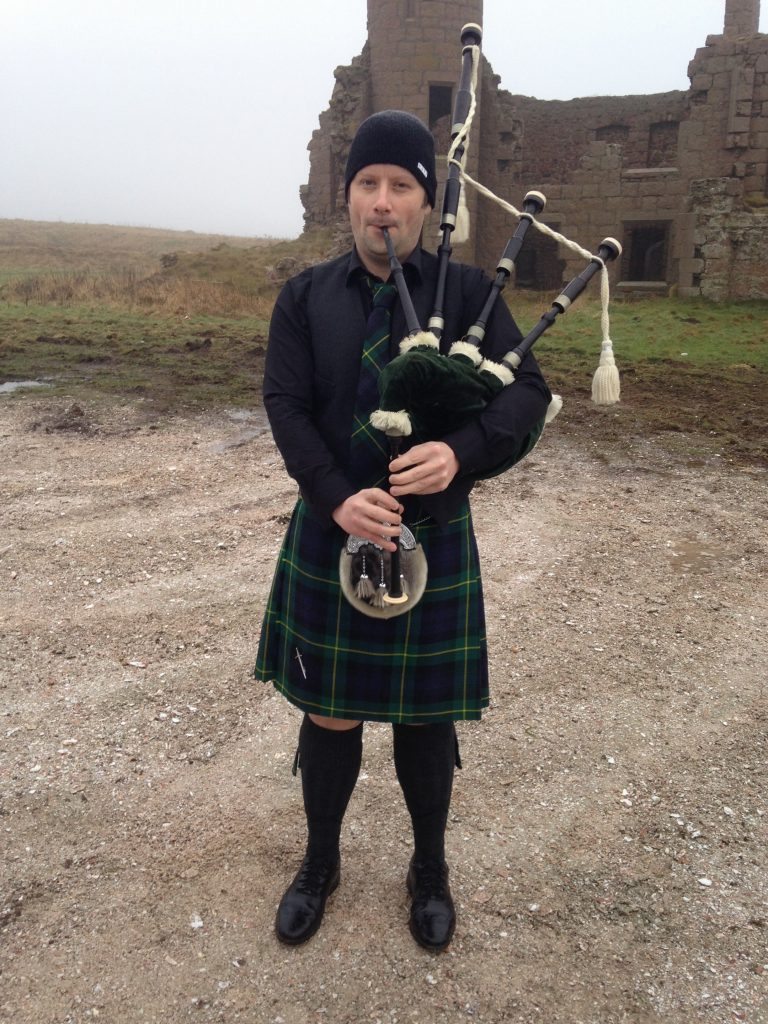 After 6 million emails, the four of us were on our way early in the morning to the great North Eastern coastal resort of Cruden Bay, to arrive at Slains Castle. Much to my relief, I must add, as the previous suggestion had been actually at Mr Trump’s golf course, which I had reservations about!

I had never heard of the place but expected it to be one of the magnificent hotel castles that Scotland is known for. The day before had been sunny and bright, but winter decided to arrive on this Sunday morning as we ventured up north. Upon our arrival we were presented with a big ruinous former castle that lurched ominously over the Cruden Bay cliffs in the howling wind and horizontal rain.

After what felt like an eternity trundling down a country road that had topographical similarities to the the surface of the Moon, we pulled up in the muddy patch of ground near the castle and waited for the production crew to arrive.

Eventually the totally desolate place turned into a hive of activity, and after signing on the line and given souvenir teeshirts, we were soon posing on the cliff edge in front of what felt like a full blown film set.

As we froze alive, we undertook several takes of the same thing; me performing “Cock O’ The North” on the pipes, my brother pretending to do the same, and my two recruits and Amy Hoggart lifting their kilts to flash their “junk” at the camera.

I’ll not delve into detail about how one of our extras assisted Miss Hoggart in straightening her kilt, but by all accounts it was a memorable experience for him…

My fingers turned into blocks of ice and on one take I produce a sound akin to a birthing cow as they struggled to feel the chanter beneath them.

Soon after, filming had wrapped, I was taken aside by the sound guy and recorded audio only for the production, and we were all back in the car and leaving the place. Aside from some bemused dog walkers and, as it transpired, a vlogger who also happened to come along that day to visit the castle, no one was any the wiser of what had just taken place.

So there you have it, my experience of appearing on Full Frontal with Sam Bee. I now have a second TV credit and could justifiably put my name on IMDB.

Earlier this year I was fortunate to go up to Glencoe to take part... 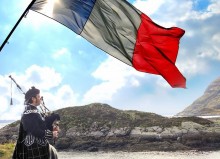 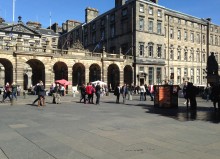 I’ve recently set up an interview on my website here inviting pipers to take...
Top